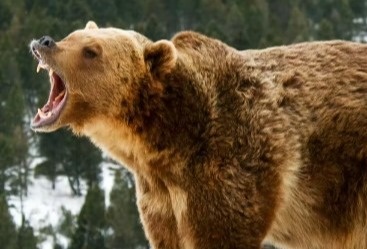 On Wednesday June 15th, the Federal Reserve raised interest rates by 0.75%.  The next day, the markets continued sliding further into a bear market.  This information breaks down the causes of this new bear market, including the Fed’s most recent actions.

How We’ve Prepared for the Bear Market

First, some context. On Monday, June 13, investors began the week by digesting a new spate of bad – albeit familiar – news: Inflation continues to surge. In response, the markets sank swiftly and sharply, pushing the S&P 500 officially into bear market territory.1 (A bear market, as you may remember, is a drop of 20% or more from a recent peak. In this case, the “recent peak” was all the way back on January 3 of this year.) The markets rallied somewhat on Wednesday, June 15, when the Fed announced a 0.75% interest rate increase, but the revival was short-lived. Two of the three major indices – the S&P and the NASDAQ – are officially in bear markets, and a third, the Dow, is just a short slide away.

These are unsettling facts for an unsettling time. Fortunately, market-related fear can be alleviated by two things: Understanding the “what” and “why” of a bear market and being ready for it. Let’s tackle the “what” and “why” first. (If you’re not interested in that, you can skip ahead to the section labeled “How We Prepared for This.”)

Breaking Down the Bear

This current bear market is not a surprise. It’s the result of a slow, gradual market decline that’s been going on since the start of the year, all driven by one thing: Inflation. In fact, the NASDAQ has actually been in a bear market since March, and the S&P 500 threatened to tip over last month before recovering somewhat after the Federal Reserve raised interest rates by a half-point. (More on this in a moment.) The hope was that this step – the first of its kind since the year 2000 – would start slowing inflation’s rise.

Unfortunately, a half-point was not enough. On Friday, June 10, a new Consumer Price Index report showed that inflation rose even higher in May, to the tune of 8.6%.2 That’s the biggest increase since 1981. In essence, the Fed’s half-point rate hike was like sticking your finger in a leaky dam when the water is threatening to spill over the top anyway.

That means the Federal Reserve now had a choice: Raise interest rates more aggressively and risk triggering a recession or continue on the same measured path and risk worsening inflation. (To clarify, this has been the Fed’s choice for months; it’s just that now, the pressure to get it right is even greater.) Both approaches come with short-term pain for the markets, which is why Friday’s news was the tipping point for a bear market.

On Wednesday, the Fed announced their choice, raising the Federal Funds Rate – the interest rate that banks pay each other for overnight loans – by 0.75%.3 That may not sound like much, but it’s the biggest single rate hike since 1994, and it will lead to rising interest rates across the board. (Mortgage rates have already risen to their highest level in over 13 years.4)

The reason the Fed did this is because higher interest rates are a proven tool for fighting inflation. Since higher rates reward saving overspending, the demand for goods and services tends to go down, forcing companies to lower their prices if they’re to attract new business. Lower prices, of course, means lower inflation.

The Fed’s move was expected, and many economists feel it’s warranted. Why, then, have the markets continued to fall? Because now the economy is on the clock for a possible recession.

You see, higher interest rates are a double-edged sword. Higher rates mean higher borrowing costs and more expenses for both individuals and companies. If rates rise too high, too fast, it could trigger nationwide layoffs, a plunge in housing prices, and more. Given that the Fed hinted that another 0.75% hike was on the cards in July, such a scenario is not out of the question.3

When the Fed announced the rate hike on Wednesday, they also revealed something else: Their economic outlook for the rest of 2022. The Fed’s hope is to achieve what’s called a “soft landing.” This is where economic growth slows, but a full-blown recession is avoided. There’s some justification for this hope. After all, if you remove inflation from the equation, the economy is actually in pretty good shape. The unemployment rate is at 3.6%, which is almost back to where we were in January 2020 before COVID hit.5 And consumer spending – the bedrock of our economy – remains strong. It was to shore up the economy that the Fed dropped interest rates in the first place. Now, the thinking goes, that mission is complete, which means it’s time for the Fed to pivot to the second prong of their “dual mandate”: stabilizing prices. (The first prong is stable employment.)

Unfortunately, soft landings are historically difficult to achieve, and the most recent data suggests an economic slowdown is already happening. Consumer sentiment is dropping, retail sales numbers have dropped slightly over the last month, and while the economy continues to add jobs, it did so at a slower pace in May.3 Even the Fed admits that the unemployment rate will likely go up over the next few years. (Moving from 3.6% to 4.1%, according to their projections.3)

Time will tell whether a new recession is on the horizon. For now, though, fears of one have driven stocks into a bear market. Now, let’s discuss how we prepared for it.

How We Prepared for This

Make no mistake: bear markets are never fun. But most investors who panic during a bear market do so because they have no plan for dealing with it. But surviving – and even taking advantage – of market volatility is one of the hallmarks of our investment strategy. That’s because our strategy relies on two pillars: adaptability and defense.

Let’s start with adaptability. As you know, the markets are never constant. Stocks that do well in one set of market conditions may not do well in another. Think of it like this. Imagine there are two main routes to your place of work. One is the freeway. It’s flat, it’s straight, and it’s wide. At certain times of the day, taking the freeway can get you to work in 10 minutes, tops. But at other times, the freeway becomes a parking lot. It’s so jampacked with cars, it takes 10 minutes just to get past the onramp. In those times, Route B, which involves several different back roads and even a few lefthand turns will actually get you there faster.

That’s sort of how the stock market is right now. In this case, for example, tech stocks were once the crown jewels of the market, performing extremely well during much of the pandemic. Lately, though, technology stocks have been some of the worst performing. Using technical analysis, we can identify which sectors, industries, and companies are the freeway and which are the back roads. Which companies are trending up, with demand outpacing supply, and which are trending down, with more supply than demand. Then, we can adjust your holdings accordingly.

With a buy-and-hold approach, investors have no choice but to stay where they are, even if there’s a better route to their financial goals not far away. In other words, we don’t take the same road day after day after day no matter what. We plugged the route into our GPS, see what the traffic conditions are like, and make an informed decision.

Next up – and especially important during a bear market – is our commitment, willingness, and ability to play defense. Sure, we always want to be growing, but sometimes the situation just doesn’t call for that. So, using a rules-based approach, we can play defense to protect what we have rather than risk losing more than you can afford. Whenever stocks fall to a certain point, we automatically sell and move to cash or cash equivalents, thereby protecting your portfolio against undue loss. True, we might not be gaining ground, but we’re not losing ground either. So, when the time comes to start moving forward again, we do so from solid ground, and not from out of a deep hole.

For these reasons, we should treat a bear market less as an animal to fear and more as a new type of opportunity. While the headlines will probably look scary in the weeks to come, there’s no need for us to panic over them. Because not only do we know what’s behind those headlines…we’ve prepared for them.

5 “The Employment Situation – May 2022,” Bureau of Labor Statistics, https://www.bls.gov/news.release/pdf/empsit.pdf

Brought to you courtesy of Bill Good Marketing